SPEECH – «A million voices make a difference: the power of the European Citizens’ Initiative» 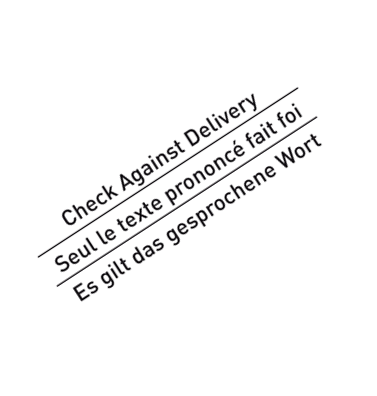 Firstly let me thank the European Ombudsman for hosting today’s event and for inviting me to take part.

The Ombudsman’s office is at the very heart of connecting the European Union with its citizens. I am grateful that Mr Diamandouros is fulfilling his mandate with a lot of energy and high professionalism, which has earned him a lot of trust of citizens in this important office and with it in the EU. He has truly been giving the citizens a voice and defending their interest, when necessary.

I would also like to thank the EP for hosting this event as an institution, which is directly elected by the citizens of the EU and articulates the concerns, wishes, hopes of them powerfully. The PETI Committee has earned in this context a lot of trust as the Committee, where citizens can send their petitions and expect a thorough, powerful follow-up.

We are here today to discuss how to give citizens a greater role in the European project, to connect more effectively with the 500m people we are here to serve.

That’s why it’s so important that 2013 has been designated the European Year of Citizens. VP Reding, in her speech this morning, has already specifically outlined the concept and ideas of this year, so I will not repeat it.

2013 will also be an important year for European citizens as it will mark the first time that they will have a direct opportunity to influence EU policymaking as the first European Citizens’ Initiatives reach their conclusion.

The ECI was created through the Lisbon Treaty and I had the privilege to launch this first experiment in trans-national participatory democracy on 1 April last year.

Despite that launch date, I’m happy to say that European citizens have taken this new right extremely seriously, and we have received 25 requests for registration in the first 12 months.

Of these, 14 have been registered and are currently collecting signatures with the aim of reaching the threshold of 1 million.

Provided they do this, and meet the geographical balance required in at least seven Member States, then they will move to the next phase – verification of the signatures, a hearing in the Parliament and an assessment by the Commission of whether their ECI could eventually become EU law.

One ECI – Right2Water – already has over a million names in support, and is close to reaching the appropriate geographical spread as well, so I think it’s safe to say that we will indeed see the first ECI move into this second stage in this European Year of Citizens.

This is no mean achievement, and one that I think will have confounded the critics, who have accused ECIs of being ‘lobbying by the back door’ or as merely paying lip service to participatory democracy.

Yes, we’ve had some teething problems – the well-documented issues with the online collection system and with the cost of certification and hosting – but these were to be expected with an operation of this scale.

And in the way we’ve reacted to these issues – making Commission IT services available for advice and assistance on the OCS and offering to temporarily host some of the first ECIs.

As such, the ECI has contributed in a small way to the start of what I think it’s fair to say is the first real pan-European debate between citizens. Social media has made it easier than ever before for citizens from the four corners of Europe to share their thoughts and concerns, their hopes and ideals.

In fact, when I present the importance of the ECI to Member States, I try to show them a picture which goes beyond its current ramifications. I point out at the fact that in few years, we will have e-ID cards, which would allow our citizens not only to hold their health records and personal data on the chip, but also to participate in democratic e-debates. To use them in elections as we can already see in Estonia.

We can currently observe a clear development towards deepening EU integration, notably in the economic domain. Where the Commission gets new powers to comment on budgets, or to issue detailed country specific recommendations on child care, for instance. It is evident that there will be stronger and louder calls from citizens to have a say in this democratic process in order to be heard, in order to participate. In order to form a transnational democratic process of debates. On top of it, for me it is clear that the Facebook and Twitter generation will wish to do it via the internet, via electronic means and social media.

And with the ECI, citizens for the first time have a real chance to turn these hopes and concerns into something more concrete, to get them firmly onto the European agenda.

We’ll hear later on from a couple of ECIs that have done just that: Fraternité2020, which was the very first ECI to be registered, and Right2Water, which as I mentioned before is the first to reach the 1m mark.

These, and many of the other ECIs, respond to citizens’ concerns about the fundamental benefits and rights that the European Union brings them; big picture issues that, ironically perhaps, those of us here in Brussels sometimes lose sight of because we are so focused on the minutiae.

The freedom to live, work, travel wherever you want within the EU; health & well-being both for citizens and for the planet on which we live; social justice. These are the broad themes that many of the current ECIs belong to, and they reflect in general the understanding that these are areas where action is best carried out at the European level.

The first piece of legislation initiated by citizens to make it onto the EU statue books – whatever the subject and whenever it happens – would be no small achievement and a real boost for the ECI as a whole. More importantly, it would show clearly that citizens can make their voices heard, can make a real difference to the way in which EU policy is designed and implemented, and can help make Europe more relevant to the people who live here.

We don’t know when this will happen, or if any of the current batch of ECIs will be the first to reach this goal. But in many ways it doesn’t matter what or when: what matters is that it does indeed happen, that the successful start to the ECI can be carried through to a successful conclusion as well.

I for one am looking forward to seeing that day arrive!

Thank you for your attention.